结账时计算的运费。
[Packing and quality] The packing includes a set of 10&20 assist hooks with tinsel. The hook is made of high carbon steel material. Tinsel is tied artificially with thread. The surface of the hook is glittered by oxidized multiple plating, and the appeal is outstanding. It also has excellent durability and corrosion resistance.
[Function of the assist hook] Lure fishing in jigging is a target for many blue fish as coping fish. They attack and prey on small fish from their heads as a habit. The assist hook has the effect of increasing the hooking of blue objects that have been bitten on the head by being attached to the head.
[Effect of Tinsel] Tinsel is standard equipment for the assist hook in the wild scene. With tinsel, it greatly enhances the lure's appeal and responds strongly to low activity fish that do not use a mouth.
[Improve hook concealing] By equipping the tinsel, it has the effect of hiding the hooks. In day games, fish also attack their prey with visual cues. In this case, Tinsel is effective to increase the concealing of the hook because sometimes you may notice that fish may not bait the lure with the presence of the hook attached to the lure.
[Natural bite induction during falling] Tinsel has resistance in water, so it has the effect of slowing down the falling speed in water. This effect has a great effect on inviting a bite while falling. If there are many fall-centered actions such as metal jigs, the lure appeal time can be extended. 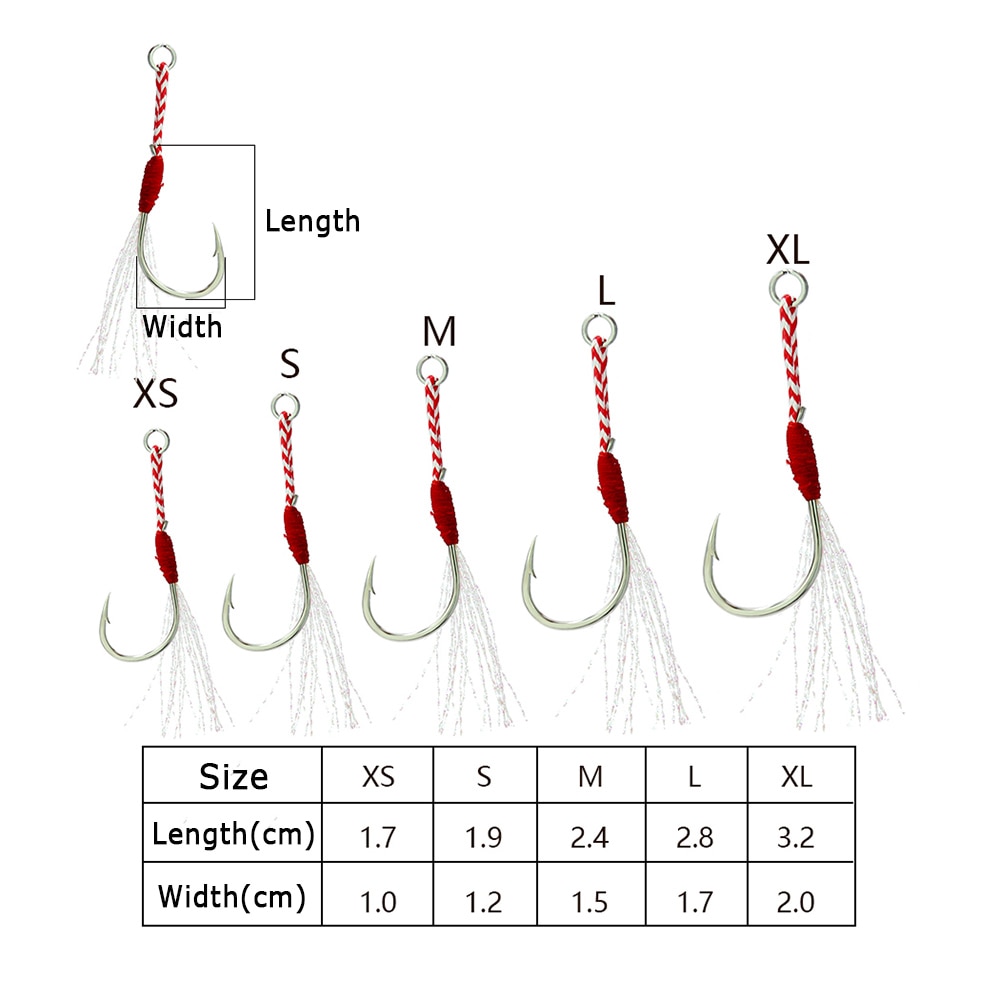 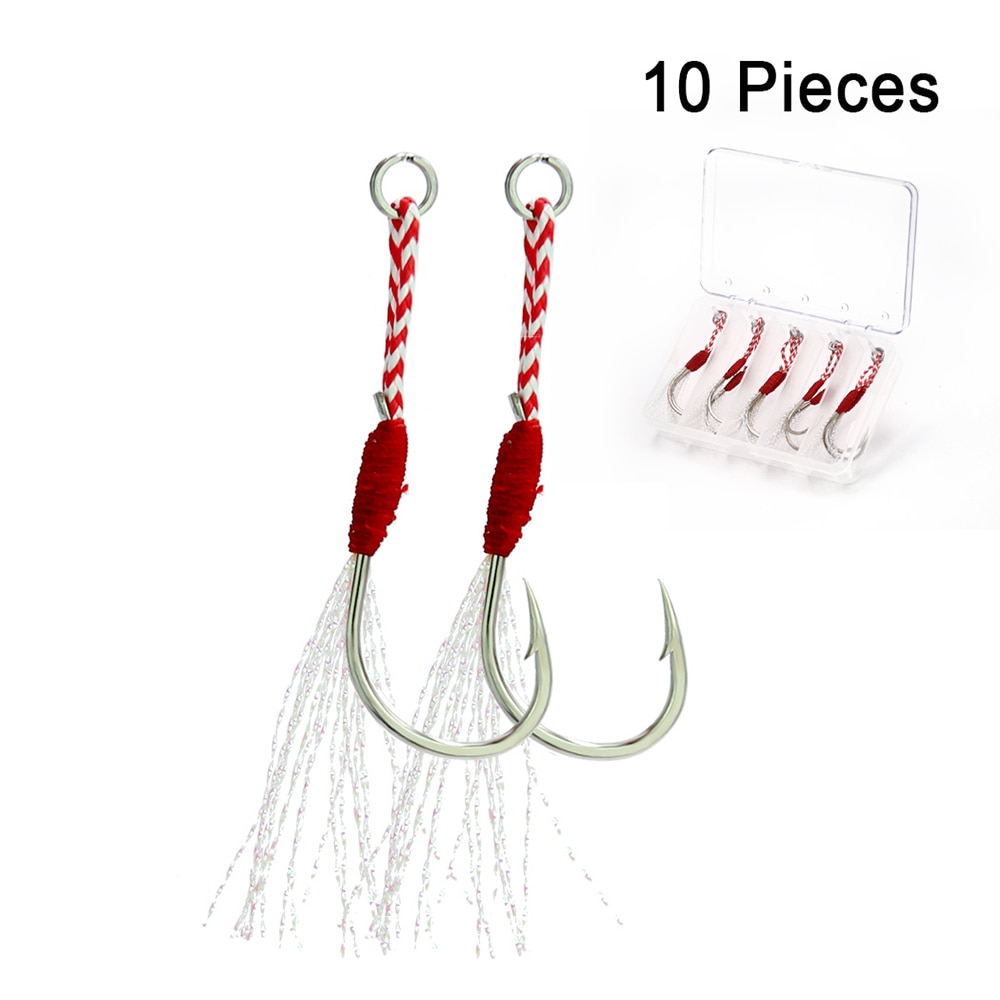 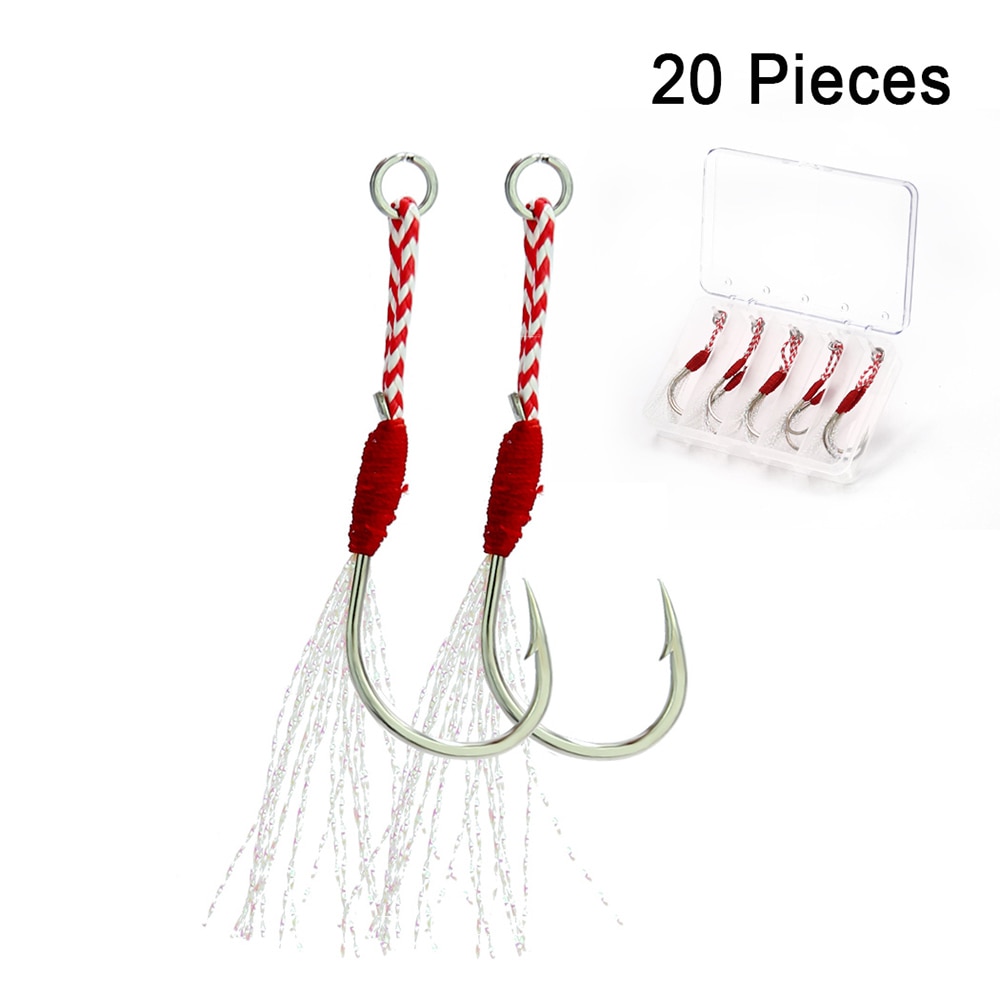 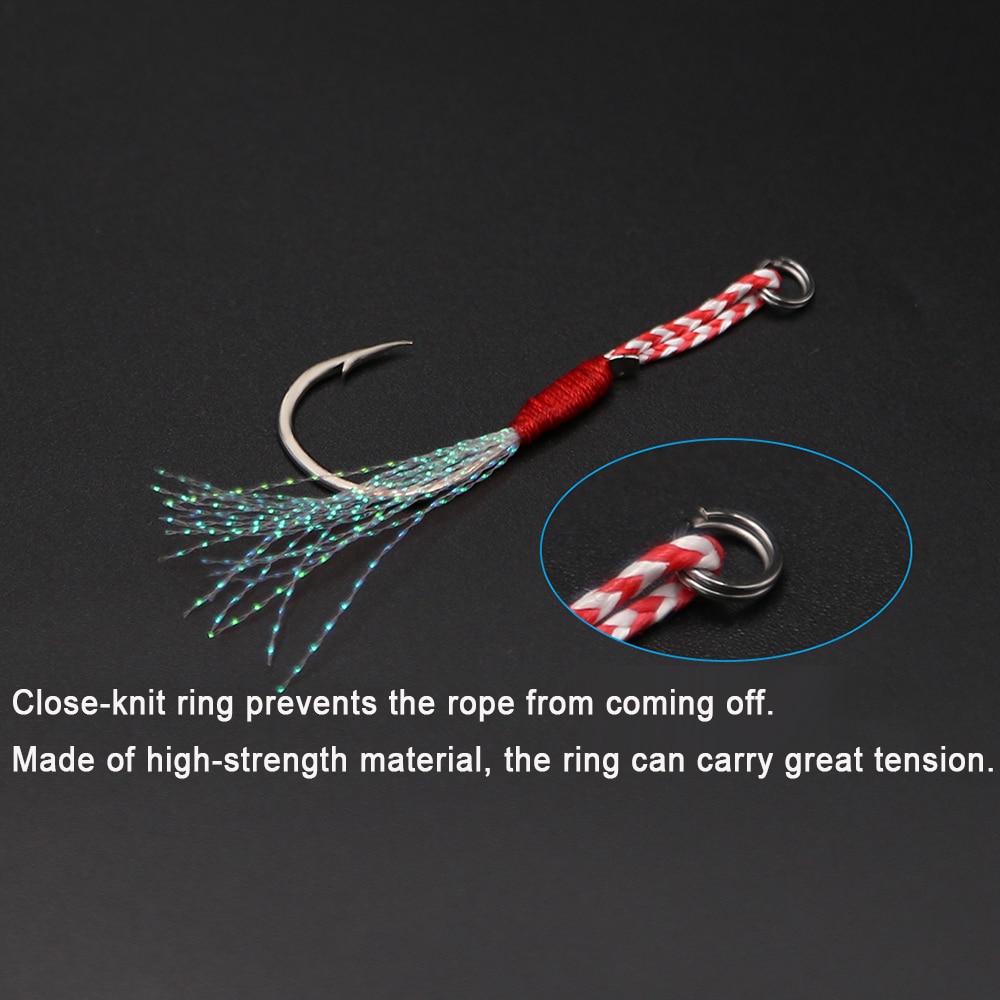 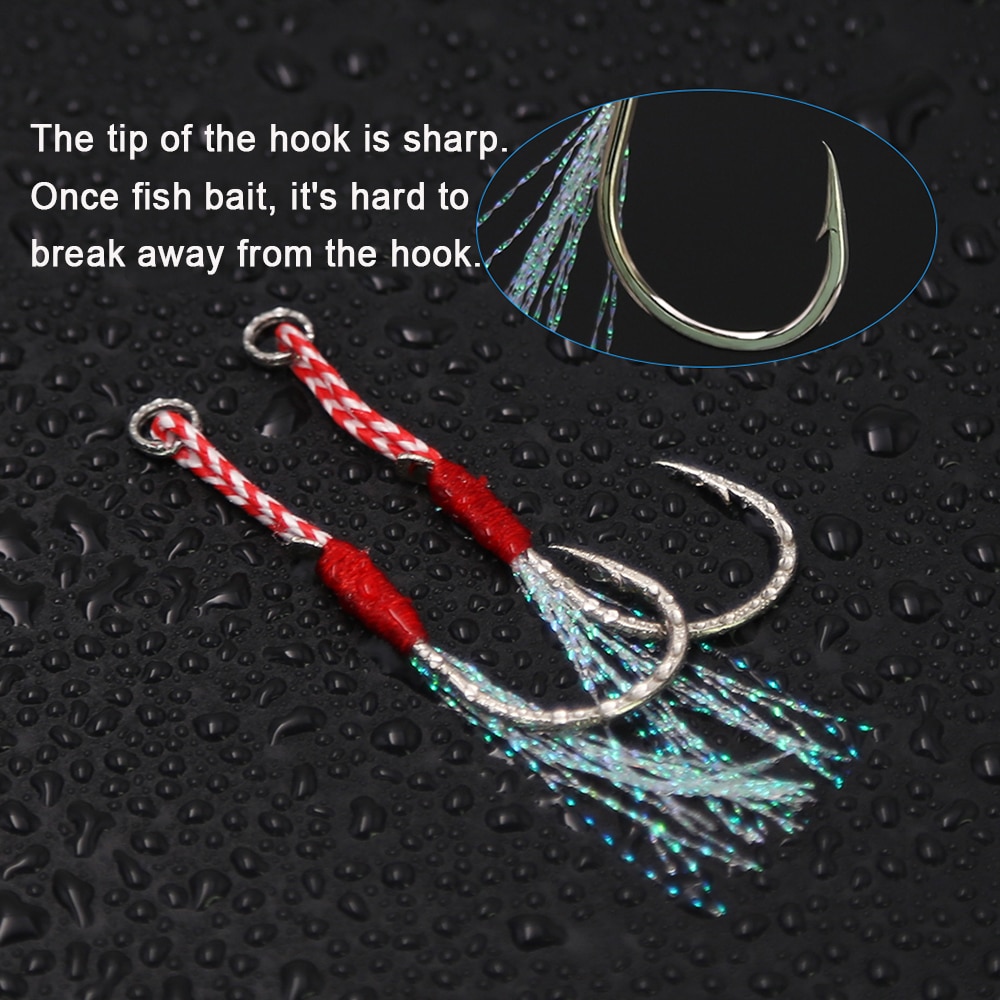 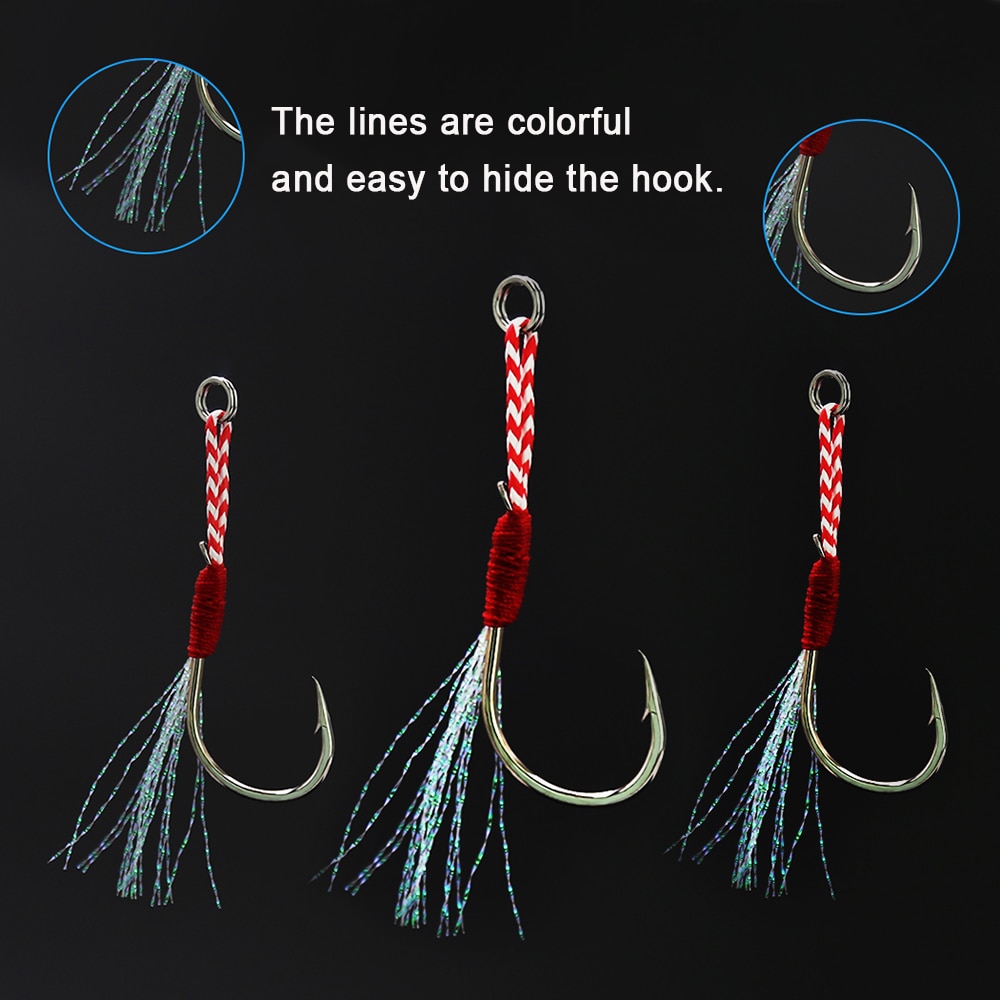 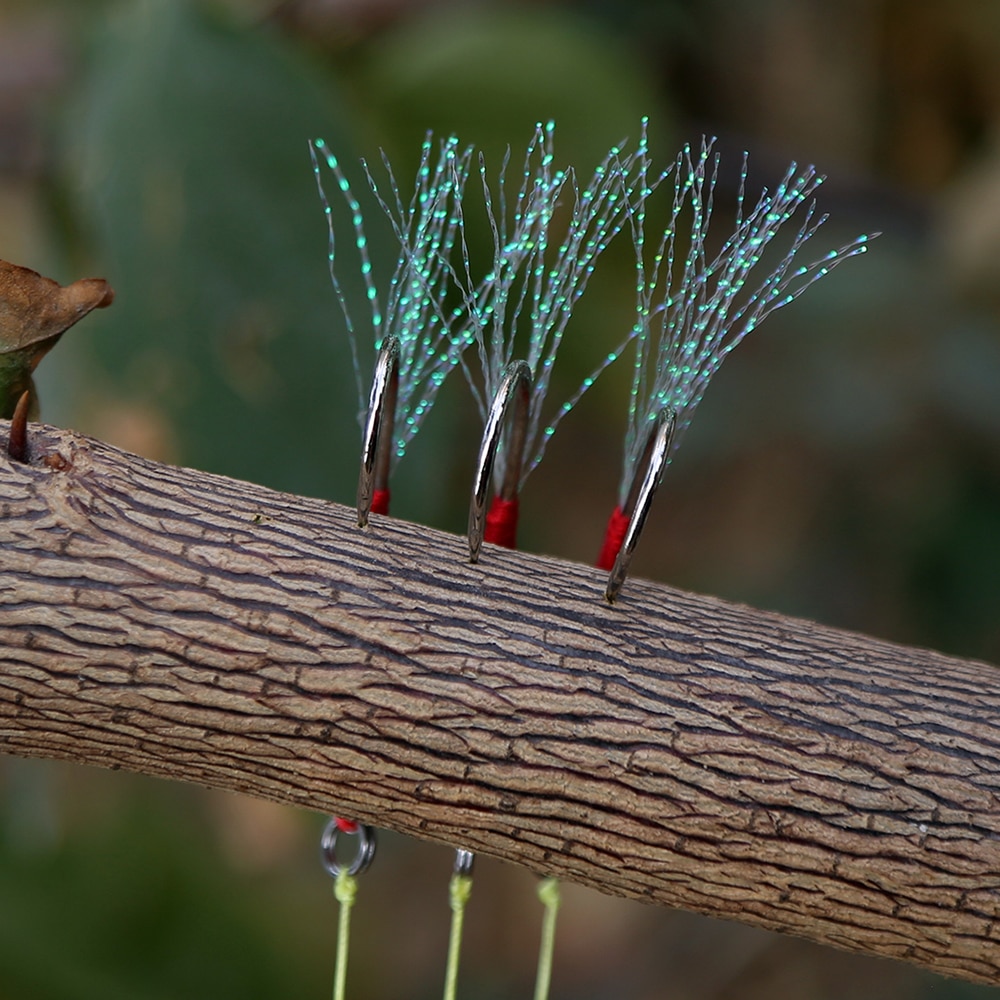 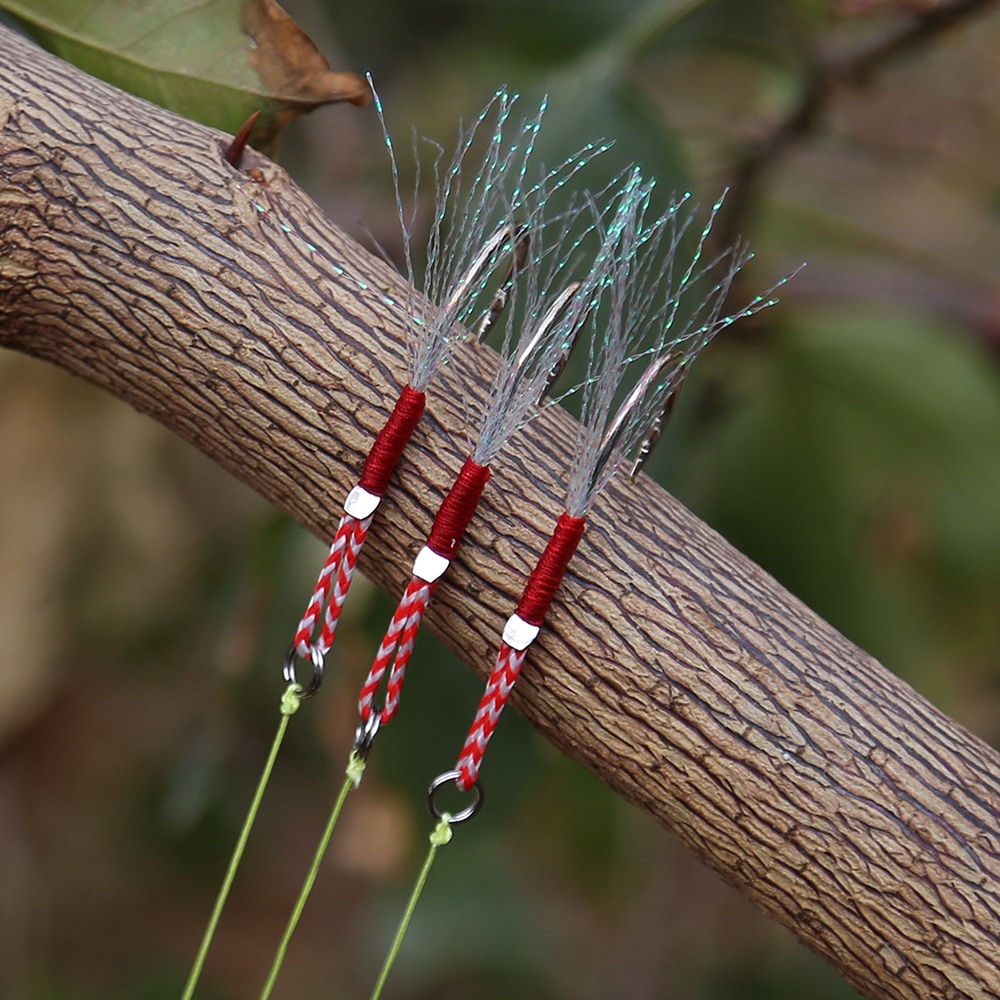 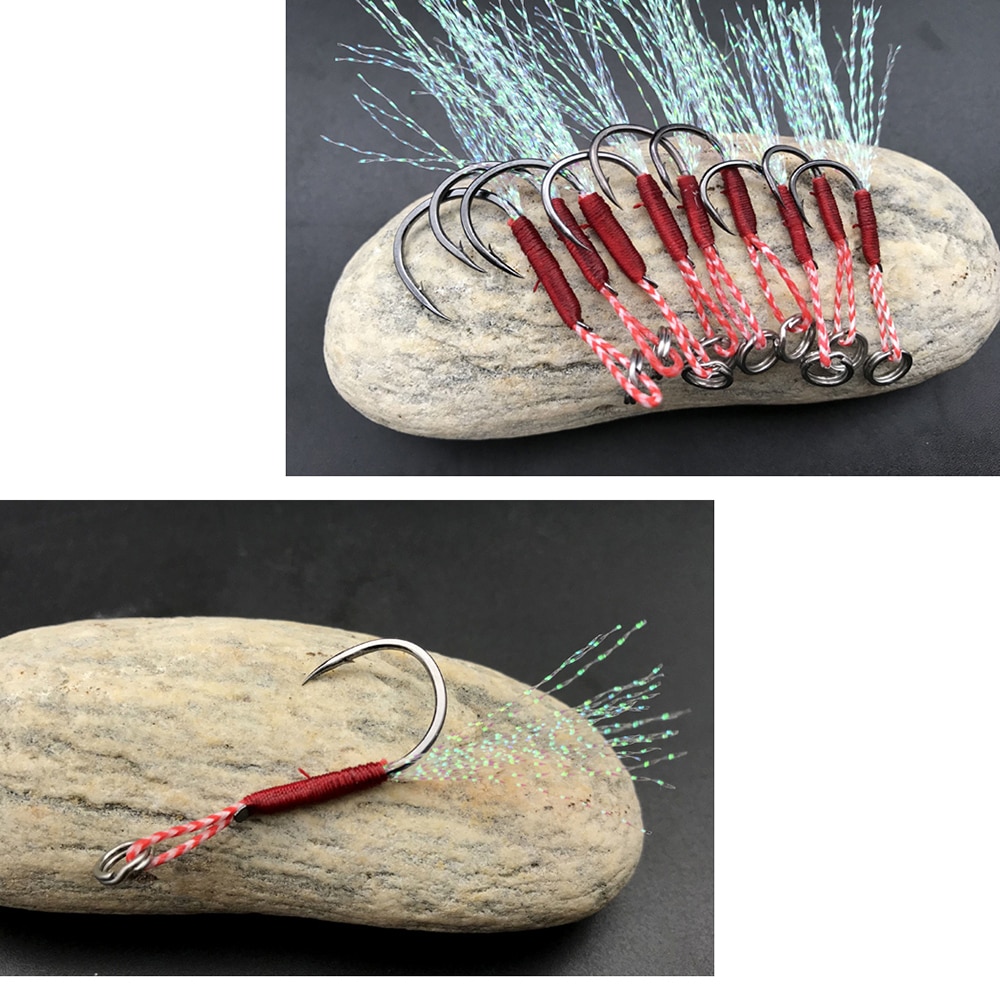 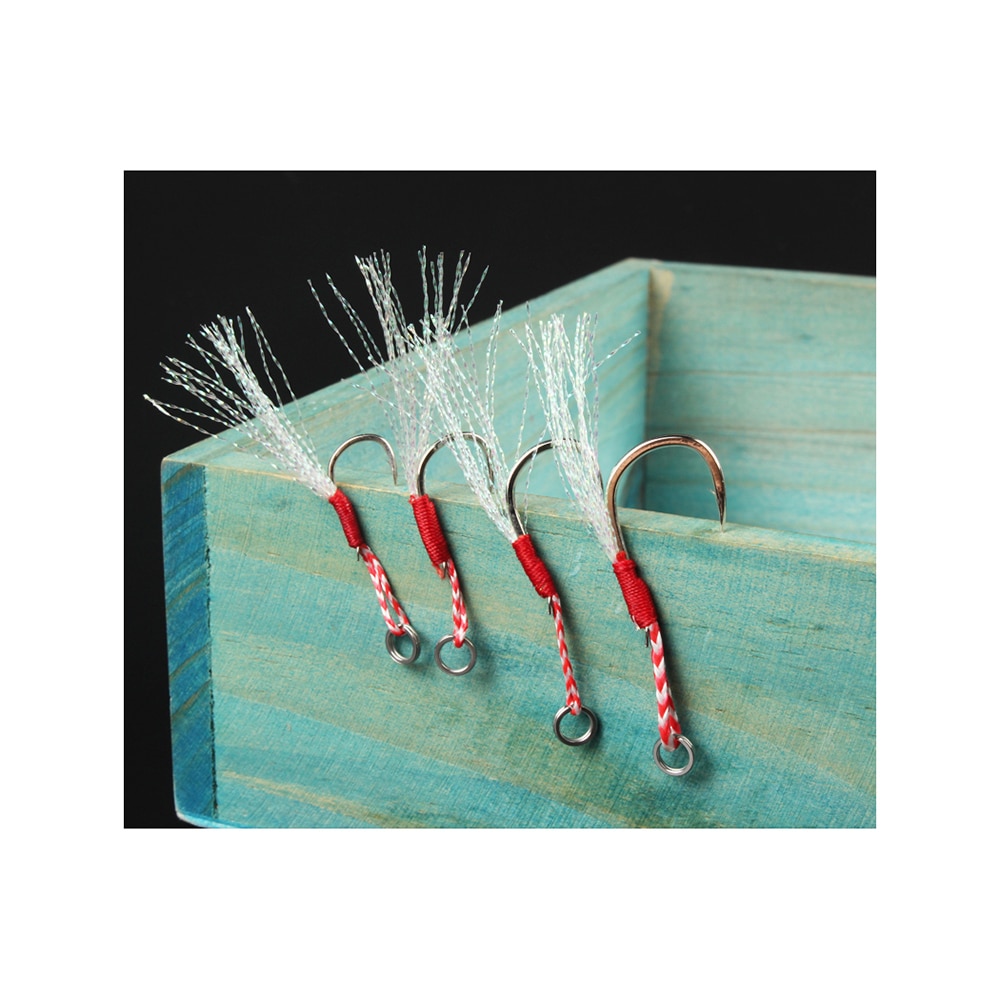 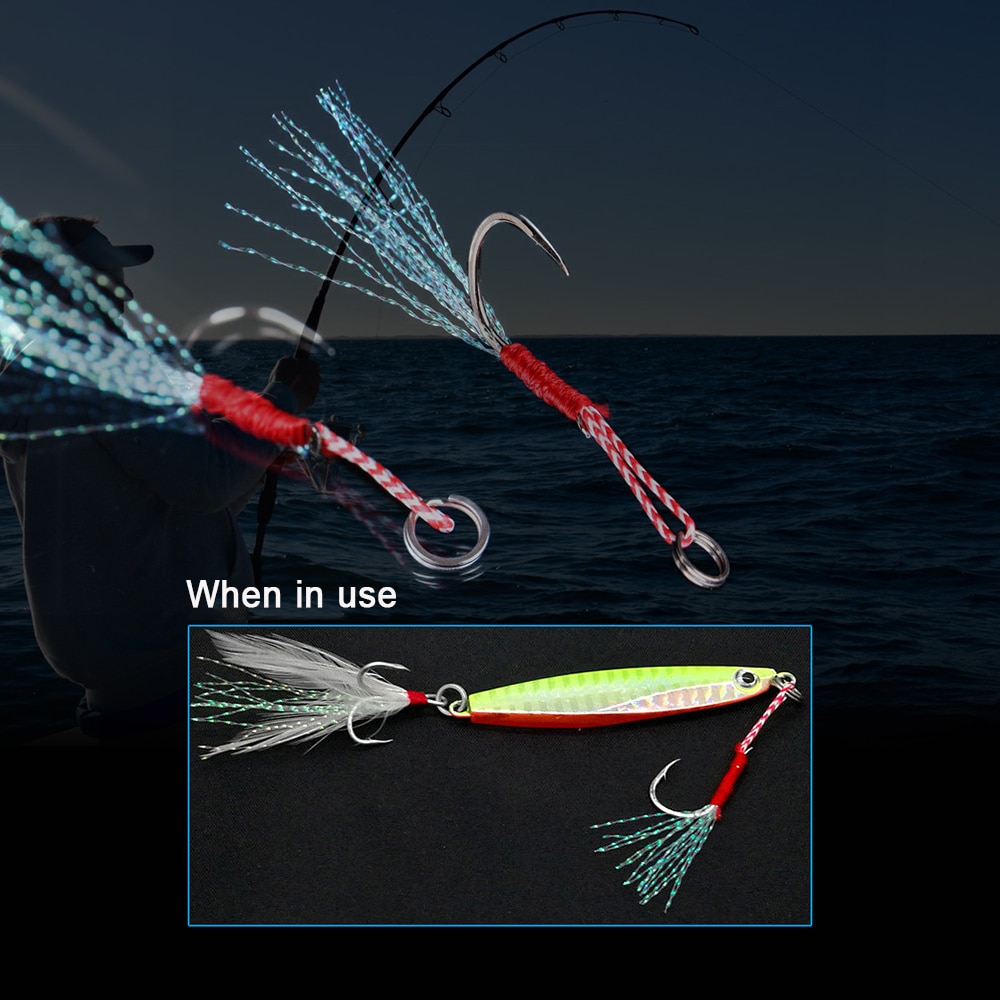